The PCs are in the Colorado town of Castle Rock, south of Denver. The heroes are spending the night with the town militia when fighting breaks out in a neighborhood. The PCs rush toward the fight and intervene in combat between raiders from Boulder (Collectivists) and militia members. After stopping the raiders, they discover that a citizen has been kidnapped. To recover the citizen, the town’s water operator, the PCs must travel to Boulder and rescue him. The PCs travel to Golden and may gain that town’s help against raiders. From there, they travel through the mountains and secretly enter the People's Republic of Boulder’s territory and recover the citizen.

Scene 1 – Shots in the Dark The PCs are on night patrol when they hear gunshots from a nearby neighborhood. They arrive in time to see a vehicle riding north into the night while a second vehicle of raiders delays the PCs. The PCs must engage the raiders. If the PCs get in trouble, a second group of militia arrives and helps the PCs.

Scene 2 – Investigation After the fight, the PCs are able to investigate the scene. The PCs find that only one house has been attacked. There is a dead woman and the house has been destroyed. The PCs discover that the house belongs to the town’s water utility operator and his family and that he has been kidnapped, along with his son.

Scene 3 – Getting Out of Town The PCs are asked by the town council to recover the water operator. The PCs are offered an assortment of equipment. It is suggested that they go to Golden and get help before they enter Boulder.

Scene 4 – Refugees The PCs encounter a group of refugees who have settled in the town of Sedalia. If the PCs help them, they will provide information that the raiders came that way earlier.

Scene 5 – Radiation Run The PCs have to travel through a section that has been irradiated. The PCs receive a minor dose of radiation.

Scene 6 – Highland Ambush The PCs are ambushed by a low-tech, low-quality gang from Highlands Ranch. The PCs should be able to blow through or flee the attack, but it gets their heart pumping.

Scene 7 – Golden The PCs reach the southern entrance to Golden and meet the armed guard. They must negotiate their entrance and convince the leader of Golden to help them. If the PCs are successful, Golden agrees to coordinate a diversion attack. If the PCs are unsuccessful, no diversion is made but the PCs are able to continue without being obstructed.

Scene 8 – Nederland The PCs travel up Golden Gate road to Nederland, where a raider OP is located. The PCs must destroy the OP or sneak around it.

Scene 9 – Rescue The PCs find the Water Treatment Plant and move against the Boulder guards to rescue the prisoner and his son. 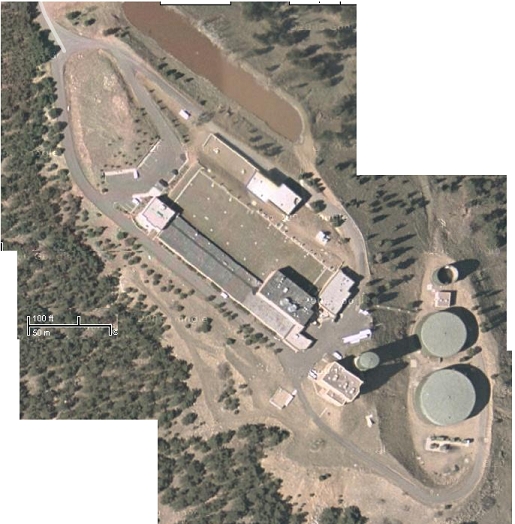 Scene 10 – Escape If the PCs didn’t deal with Nederland’s OP, the PCs have to deal with it now. If the PCs were successful in convincing the leader to Golden to help them, they may receive additional support from the Golden militia.

. You can help Twilight 2000 Wiki by expanding it.